This is the second post (see the first one) with a new performance of Tatsumi. His performance might well make allusion to the crucifixion of 26 Christian missionaries in Japan in the 16th century, as punishment for their perceived destabilising influence. Orimoto thus expresses how the carrier of bread, the bearer of a different other message, is seen as a threat and is persecuted and martyred. Through the bread scattered on the floor in Punishment, we are witnesses to this waste of communication.” (excerpt from the press release). 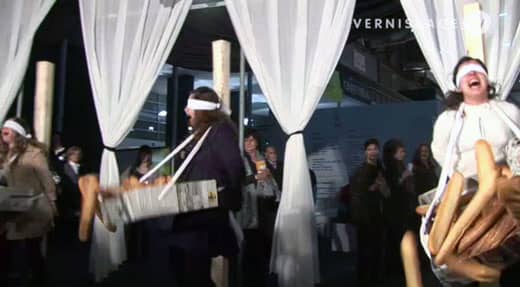 This performance was performed also at DND Berlin. Images here.