These three bodies of works are testimony to Foukaras’ conscious effort to keep the traditional image of Cyprus and the people who lived in past times vibrant in our memory. 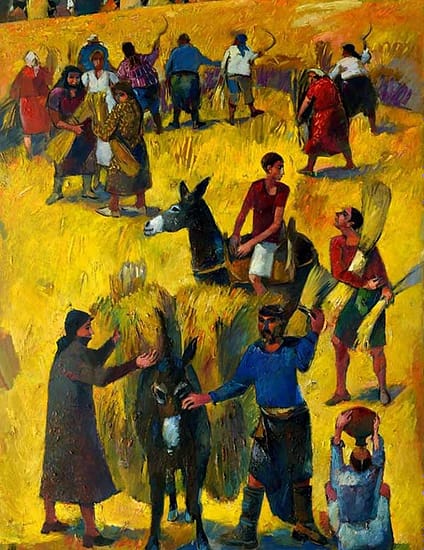 Foukaras, from Kissonerga, studied art at the Surikov Art Institute in Moscow (1970–1976). After his studies he moved to Athens where he worked and exhibited a series of works inspired by the events of 1974. From 1979 until 2004, he worked as an art teacher in secondary schools.